WEB3 and Chia Blockchain, long has this been in my head, so the time has come out for me to come out with my thoughts.

Since the Chia Network launched, I have never consider it to be a rival to Bitcoin, simply did not look at it that way. Although most people from the ecosystem that I interact look at the Chia as the new Bitcoin, and that is legit of course, everyone is entitled to it’s own opinion, mine is that the real rival for Chia is Ethereum. With that in mind all my thoughts are on creating parallels with this two blockchains.

I have picked up on a hype in the crypto community with the web3, so naturally web3 and chia blockchain popped up in mind, since chia network it is the most decentralized blockchain at the moment.

Two things come into my mind:

Probably a collection of libraries that allow you to interact with a local or remote Chia node using HTTP, IPC or WebSocket will need to be created, if it is even possible for such library to exists.

But my opinion is that such a project could add additional value to chia blockchain and thus to its native XCH coin.

As for distributed system for storing and accessing files, websites, applications, and data

It was clear from the creators of chia that plots are intended only for proof of space and time, and the possibility of using chia plots for additional storage is simply not an option, since the way they are created makes them unable to store data, maybe in the future a new version of plots will be able. 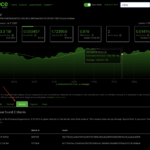 How to find your 0.25xch after winning a block in the pool 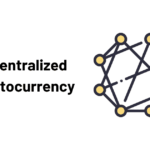 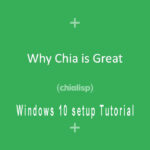 0 comments on “WEB3 and Chia Blockchain”

This website uses cookies to improve your experience while you navigate through the website. Out of these, the cookies that are categorized as necessary are stored on your browser as they are essential for the working of basic functionalities of the website. We also use third-party cookies that help us analyze and understand how you use this website. These cookies will be stored in your browser only with your consent. You also have the option to opt-out of these cookies. But opting out of some of these cookies may affect your browsing experience.
Necessary Always Enabled
Necessary cookies are absolutely essential for the website to function properly. These cookies ensure basic functionalities and security features of the website, anonymously.
Functional
Functional cookies help to perform certain functionalities like sharing the content of the website on social media platforms, collect feedbacks, and other third-party features.
Performance
Performance cookies are used to understand and analyze the key performance indexes of the website which helps in delivering a better user experience for the visitors.
Analytics
Analytical cookies are used to understand how visitors interact with the website. These cookies help provide information on metrics the number of visitors, bounce rate, traffic source, etc.
Advertisement
Advertisement cookies are used to provide visitors with relevant ads and marketing campaigns. These cookies track visitors across websites and collect information to provide customized ads.
Others
Other uncategorized cookies are those that are being analyzed and have not been classified into a category as yet.
SAVE & ACCEPT
WEB3 and Chia Blockchain
Get our web app. It won't take up space on your phone.
Install